This weekend I got a tub of old goodies out of the garage and set my sights on the dozens of floppy disks I found inside. Yes, floppy disks. For you millennials reading who have no clue what I’m talking about, floppy disks are 3 and a half inch square disks that hold 1.2 meg of data. They were used in the 90’s and preceded the CD (compact disk). For those of you in Generation Z who might be reading and wondering what a CD is… just Google it.

After pulling out my (seldom) handy external floppy disk drive, there were a few great “finds.” One was a paper my daughter had written in 2002, and the other a the book I started in 1996… 21 years ago. Wow! How had I forgotten all about it? And why hadn’t I finished it? My sister, Donna, edited it and gave me additional suggestions for improvement. Those two files made the cut, the rest didn’t.

Who knew I’d find those two gems when uncovering the box of junk in the garage. I felt a sense of accomplishment. Who knows, maybe this book might actually end up getting finished.

What are some old treasures you have laying around? I have phonograph records (in 3 sizes), reel to reel tapes, floppy disks, cassette tapes, mini disks, beta tapes, VCR tapes, CD’s, flash drives, floppy drives, etc… not to further date myself.

What criteria do you use in deciding what to save and what to discard? Leave a comment. Let me know your thoughts! Your creative strategy could help liberate those of us who “save” thinking our kids will appreciate all we leave behind. In reality, how many commercial sized dumpsters are rented to haul away one’s “fine treasures” when they are gone, leaving their kids too overwhelmed to sift through them?

How do you feel when you are asked to do something that reflects one of your life’s passions? Does excitement well up within you? Does it confirm in you that you’re making a difference? Does it cause everything else in your life to become a little more bearable? That’s what happens to me. I can climb a higher mountain, go the extra mile.

When I was recently asked to be part of the KSIV Encounter radio show team, I knew the Lord was opening a door specifically for me. Bringing people thought provoking content, and helping folks tell their stories exhilarates me. 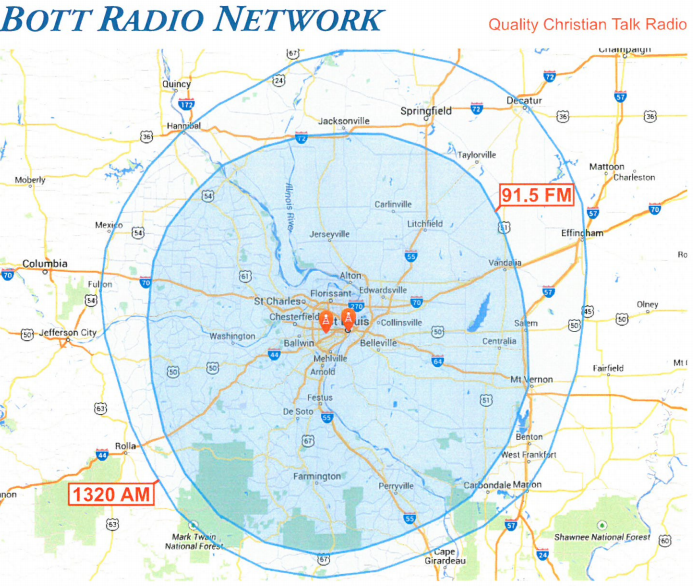 Listen online for interviews that will make you think, stories that will inspire and uplift you, and current events shared from a Christian World View. For questions about Encounter hosts or show topics, call KSIV Radio, 314-961-1320. Subscribe to my web site to get notified when new interviews are posted.

What is YOUR passion, and what are you doing to pursue your dreams?

Tonight a friend came over to update my LinkedIn summary. I tried using my screen reader, Jaws for Windows, but just couldn’t get everything in the right places. So my heroic friend, who designs sites for a living, began entering the data for me–with Jaws turned on. It took us an hour to do a fifteen minute project. She said “This site Is so flaky, no wonder you don’t update or post new things here.” It seems every time we conquer the quirks of this site, they change it. I Do know how to accept new friends on LinkedIn, but don’t know how to reply to any messages up there for me. So, if you are one of my LinkedIn friends, just email me at [email protected] instead. I’d love to hear from you. Contact me, too, if you’d like to be part of a petition drive aimed at sites who don’t have accessibility as one of their priorities.

I don’t know about you, but sometime when I sit here to write something in my blog, I either forget my password to get into my web site, or how to get to the right place to add a new entry. So, by the time I get here, I’ve forgotten not only what I’ve wanted to write about, but the excitement about communicating here has faded. So, I ask myself, is it my brain, or my computer playing tricks on me? After polling others, I’ve come to the realization that no one knows everything about most computer software they use except maybe the program’s creator. We learn, especially if we are 50 or more, just what we must learn to keep afloat. Then when the software is upgraded or we must get a new computer, we tear our hair out because of the steepness of the learning curve. If we’re not careful, we want to take a hammer to the computer and forget we ever learned how to use it. How do YOU feel?

Now, add another component to this scenario. Some of us must use adaptive software to enable us to communicate with or operate our computer. I, for example, use a software program that reads my computer screen aloud to me. That software must be able to work hand in hand with each program I am running for me to accomplish each computer task. This means I must learn the commands of both my screen reader plus the commands to run a particular piece of software. I, and other blind persons, use key strokes rather than the mouse. If software creators don’t build their software, or web sites according to accessibility standards, the screen reader can not process the material properly. If you do a google search on “Where can I find accessibility standards?” not only do they show up for software developers but also web site developers. Some web site developers are trying very hard to make their sites accessible, and so are some software companies. For those of us who use adaptive technology, we really appreciate you for going the extra mile to accommodate us. I fear the only way developers will take the needs of persons with disabilities seriously and make “accommodation” a “must” is if companies refuse to buy their software, or patronize their web sites.

So, daily, my computer and I diligently work together to do our best, and with excellence. When I get frustrated because I just can’t figure something out, I pray and reassure myself that countless others are also asking themselves “Is it my brain playing tricks on me, or is it my computer?” Your thoughts?

I was putting the finishing touches on preparing for “the big day”, when the rod I had carefully been placing my clothing after it came out of the dryer bent under the weight of the clothing. I tried to spread it out evenly, but I guess the weight of this project had gotten to the rod, just like it was trying to get to me. Could I keep my peace till tomorrow,” I wondered, as my husband came to my rescue to help pick up my heap of clothing. They used to hang so nicely in my closet, matched, clean, and ready to wear. Now… well, at least I had followed instructions and should never have to do this again unless…..

It all started about 3 months ago. My husband and I began waking up with several new bites per night. Often, they were in clusters, but sometimes here and there. My husband claimed they were chiggers. He thought he was getting them from working out in the yard. But, chigger bites, I argued, are different. The bites continued and new ones only seemed to appear in the morning.

I mentioned to a friend about the rash I always seemed to have and she asked me a few questions. Bed bugs? Could it be? Where did we get them? The internet research began. Our startling findings showed these pesky, persistent critters were almost eradicated in the 1920’s because the chemical DDT was used to kill them. Then laws passed to no longer allow the use of pesticides containing DDT. Recently, within the past decade, these varmints have invaded bedrooms with a vengeance. People travel more, and so do the bed bugs. They could be your companions for the rest of your life if you don’t Aggressively treat them.

We read articles; read horror stories of other home invasions. We got bids from exterminators, and their treatment options varied. We heard more stories… They live in library books, too? Someone has them in their home and comes to work at a nursing home as a care giver.. He or she is around a patient in bed and… you guessed it. That house can also be a hiding place for those insidious little demons. They seem to come out between 10:00 p.m. and 6:00 a.m. and they are drawn to the sleeping person because of the carbon dioxide they breathe. They attach themselves to the box spring and live in the mattress. They also crawl along the bed frame, and sometimes even up the bedroom wall. If you move to another room, because of the bites… they are your travelling companion. Wherever you sleep, they find you. They are no respecter of persons, and it matters not to them whether they reside in the poorest of poor dwellings, or in a million dollar mansion. We think ours might have come in a basket of Braille books given to me when someone moved. Or, my husband could have unknowingly taken one or more of them home with him from the homeless shelter where he works.

Wherever they came from… Tomorrow is our Big Day. Since we caught the infestation early, we are having one room treated, and the whole house treated around the base boards. We have to leave for 24 hours. During that time they will heat our bedroom to 140 degrees. They will do whatever other things they do and prayerfully the bugs will flee… for good.

We’ll keep you posted. We’ll also offer you some other tips, insights and great web sites to browse, about these invaders so you, too, can be on the look out.

**Feel free to share our story with friends, especially if you suspect they are sheltering bed bugs unaware.

You wouldn’t want them to share them with others—now would you?

Check out my Adventures with the Four Footed Friend! 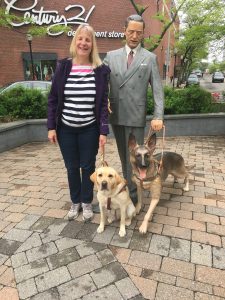